This essay is part of the On the Shoulders of Cloud Giants project which studies citation practices in tabletop role-playing games. This post follows a first post published last year.

The encoding of the variables was compiled in a CSV file deposited in the OtSoCG project on GitHub. The file is updated as it goes. R scripts will retrieve data from this file.

I changed the way of encoding variables. For example, for the epigraph type, instead of putting all the types together in the same column (ex: lahr) I put each of them in a separate column (ex: column l, column a, column h, etc.). I am following the advices of our data librarian who has relayed the Tidy data principles from Hadley Wickham.

Note: I would have to learn to use Jupyter notebooks to build code dictionaries for variables (name, format, selection, etc.).

The following items were excluded from the survey :

Some remarks during this review work.

In role-playing games, most epigraphs have a similar formatting :

In my teachings, I often warn my students against misquotation so that they do not make the mistake of including them in their work. For them, it is an immediate loss of credit since it proves they did not verify that the author of the quote really said one thing and in what document.

What was my surprise to see a (probable) false quotation from Einstein in Faery’s Tales Deluxe (p. 1) and in Zantabulous Zorcerer of Zo (p. 89)! 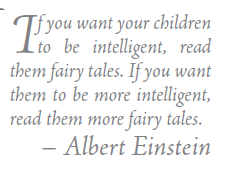 A librarian at the Library of Congress investigated this false quotation.

The R code to produce the results below can be found here: https://github.com/pmartinolli/OtSoCG/blob/master/R/OtSoCG_epigraphs.R
It can also be run online from this page (where I posted most of the scripts: https://colab.research.google.com/drive/1gb9XBBNy3qniJ-aRlq1r_LtAue0wBNxy

Some games make extensive use of epigraphic quotes invented by the game's designers. The main goal is to increase the immersion in the game world by adding a touch of verisimilitude. Indeed, they are intra-diegetic epigraphs giving voice to non-player characters.

Confusion between real and fictional works

Edgar Alan Poe and H.P. Lovecraft liked to mix fictional works (e.g. the Necronomicon) with real works (Harnušek 2013). No doubt to produce an effect of verisimilitude of fictitious works, to disturb the reader, to play with him and to put him in a state of confusion.

Some games invent fictional books and mix them up with existing books. For example Call of Cthulhu takes up what Lovecraft was doing by listing books of Mythos with existing occult books. Or Baron Munchausen 3rd ed. mentions a dozen fake book titles with a clever mix of humor and geek scholarship.

However, the essence of this literary process is taken up in the epigraphs. Indeed, I spotted 21 epigraphs of invented works mixed with epigraphs of existing works, or pseudo-historical quotes from historical figures who have existed alongside actual quotations from other historical figures. Most of these games can be categorized as urban fantasy or contemporary horror genre.

Among the existing works, the most represented types of epigraphs (in general, see note below) are :

Note: I did not count the number of each type of epigraph. I think this is a mistake because I could have had finer and more relevant coding. I didn't do it believing I would save myself time, but in the end I don't think it would have created more work for me.

But why all this?

rdrr.io : how to embedded R code in a webpage

Email ThisBlogThis!Share to TwitterShare to FacebookShare to Pinterest
Labels: epigraph